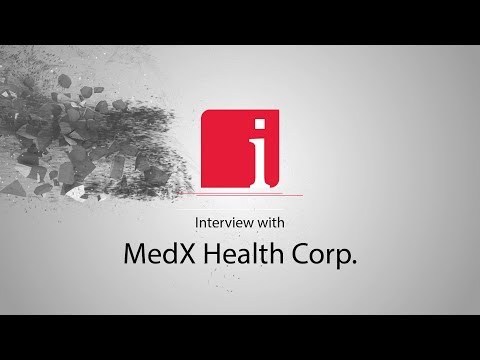 “MedX solves a really unique problem and that is access to a dermatologist. In Canada, there are 565 dermatologists serving 37 million people. Wait times are up to 16 months in some cases. We can get that done in 72 hours. It is going to be as simple as going to your doctor if you have a suspicious mole or lesion, being referred to a pharmacy, from the pharmacy you take an image. Our (skin cancer detection) technology is the only technology in the world that can look below the skin surface and give a dermatologist a perfect view of what they are looking at. It goes from the pharmacy to a dermatologist who does the assessment.” States Mike Druhan, Vice President of Corporate Development at MedX Health Corp. (TSXV: MDX), in an interview with InvestorIntel’s Tracy Weslosky.

Mike went on to provide an update on the launch of DermSecureTM in Brazil. He said that MedX is close to getting final regulatory approval in Brazil which will give the company access to a 212 million population base that currently gets detected for melanoma in the later stages. Mike also explained why a phone cannot be used to scan and diagnose skin cancer. He added that MedX works directly and collaboratively with the healthcare system. Privacy of information, images, follow ons and aftercare are handled withing the DermSecureTM network.