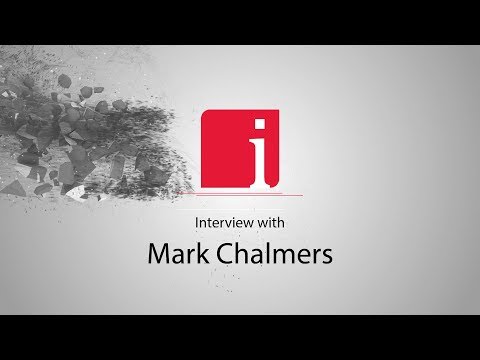 Mark Chalmers on Section 232 for uranium

March 16, 2018 — “We think it is in the United States best interest to have a frontend in the nuclear fuel cycle of uranium mining in this country, certainly above the 4%-5% that it currently is.” states states Mark Chalmers, President & CEO of Energy Fuels Inc. (NYSE American: UUUU | TSX: EFR), in an interview with InvestorIntel’s Jeff Wareham.

Jeff Wareham: Mark is both the CEO of Energy Fuels, but also widely regarded as a resource and as a person with a great deal of knowledge in the uranium and vanadium industries in the U.S. Mark there has been a lot of attention to uranium production. Uranium prices have been depressed for a very long time, but there has been a lot of noise around Section 232 in the last few days. Can you talk to me about that and about your role in it?

Mark Chalmers: Yes there has been a lot of discussion about Section 232 in the recent media over steel and aluminum with the review that was done by the Department of Commerce and with the President. They were looking at imposing tariffs on making sure that the aluminum steel industry would remain strong in the United States and survive the current low prices. Now with our case, with the Section 232 for uranium, the United States is the largest consumer of uranium in the world yet we only produce about 5% of our requirements. With these current low prices, if there is not some relief— and relief could be in the form of higher uranium prices, just global world uranium prices or some sort of action that helps keep the prices up in the United States because we do not think it is in the nation’s best interest, both from the Department of Defense and from the nuclear generation capacity, which nuclear provides 20% of our electricity in the United States, to be only producing 5%, less than 5% of our requirements and securing a majority of our uranium or large portion of it, about 40% from Russia, Kazakhstan and Uzbekistan. Our company joined Ur-Energy, the two of us jointly put in a petition to the Department of Commerce. We have not heard that they have initiated the process. We expect them to initiate the process. We think it is in the United States best interest to have a frontend in the nuclear fuel cycle of uranium mining in this country, certainly above the 4%-5% that it currently is.

Jeff Wareham: Now with the steel situation they have looked to impose tariffs. My understanding is you guys have suggested going in a different direction, correct?

Mark Chalmers: Yeah, we looked at a quota of up to 25% of U.S. requirements. We also put in a provision for a Buy American or preference to Buy American uranium. I want to emphasize that the objective of the petition is to make sure that this front end of the nuclear fuel cycle survives. We are very challenged right now, but we also understand that a number of the steps in the nuclear fuel cycle, including the nuclear generation is challenged as well too. We want an outcome that is going to allow us to survive, but also make sure that the nuclear industry in the United States stays healthy and robust going forward…to access the complete interview, click here