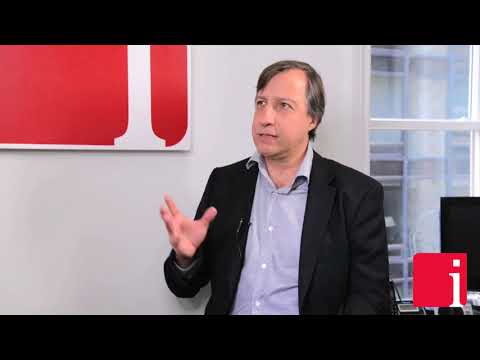 Luis Tondo, CEO, President and Director of Coro Mining Corp. (TSX: COP) (“Coro”) in an interview with InvestorIntel Senior Editor Jeff Wareham discuss Coro’s copper projects in Chile. Luis states Coro is consolidating the production of their Berta and Nora sites, where they plan on ramping up production of “5,000 tons of copper per year”, by the end of 2017. Coro has also started the definitive feasibility study of their flagship project, Marimaca. Luis also states with the acquirement of the Ivan Plant and with the Marimaca project, it will permit Coro to “start producing copper cathode of up to 10,000 tons per year.”

Jeff Wareham: Copper is hot right now. Why should I own Coro?

Luis Tondo: Coro is an exploration company that started in 2015 and now is evolving to be a copper producer in Chile. We think we have got all the assets and we have a very good plan to take this company to start producing up to 30,000 tons of copper cathode in the next 3 to 5 years. It is a very exciting story that is in the market.

Jeff Wareham: You have come out with the intent of doing a definitive feasibility study. You are moving to production. What do investors have to get excited about? How can they make money on this?

Luis Tondo: As part of the plan to reach the 30,000 tons of copper production that I just mentioned, we just put out yesterday three press releases that talk about exactly what we are doing right now and what the investor can expect in the future. First of all, we are consolidating our production in our Berta and Nora site. We are ramping up to a production of 5,000 tons of copper per year, which we should get by the end of this year. In the parallel we started the definitive feasibility study for our flagship project, which is Marimaca.

Jeff Wareham: What should investors be watching for as far as news flow is concerned?

Luis Tondo: Okay, the idea is to finish the definitive feasibility study for Marimaca towards the end of this year/quarter one next year. With that we will probably define the financing, the money that we need to take that into production as early as possible. By early as possible I am talking about end of next year/beginning of 2019… to access the complete interview, click here

Disclaimer: Coro Mining Corp. is an advertorial member of InvestorIntel.

Justin Reid on increasing the Troilus Gold resource by 6.5M ounces over the last 2 years

In a recent InvestorIntel interview, Tracy Weslosky speaks with Gianni Kovacevic, CEO of CopperBank Resources Corp. (CSE: CBK), about the […]