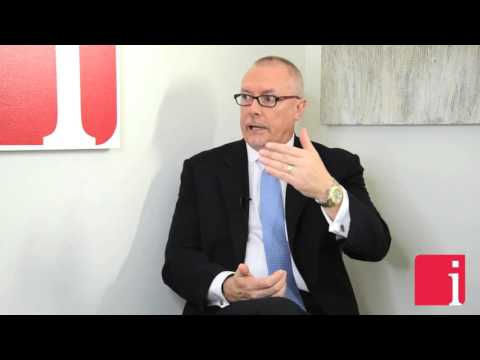 Mark Smith, President, CEO and Director of Largo Resources Ltd. (TSX: LGO | OTCQB: LGORF) in an interview with InvestorIntel’s CEO Tracy Weslosky discuss Largo’s fully operational vanadium project in Brazil. Providing an overview on the Maracás project in Bahia, Brazil that is now turning a profit, Smith explains how Largo’s ore grade is two to three times higher than any other available mines in the world. He also goes on to explain how Largo’s processing facility is only a kilometer away, close to the Salvador port and the six-year off take agreement with Glencore. An expert on vanadium supply and demand, Mark will be presenting at InvestorIntel’s 6th Annual Cleantech and Technology Metals Summit on Monday and Tuesday, May 15th and 16th in Toronto, Canada at the Omni King Edward Hotel.

Tracy Weslosky: Mark, can you give us an update please?

Mark Smith: It is pretty exciting. We’ve been working very hard at Largo. We had to take a facility that wasn’t running well and we’ve got it running at nameplate capacity consistently right now. We have the best ore in the world to run through our facility, our operations team is in sync the way they need to be. They’re smart. They’re efficient at what they do. We are now producing some of the highest quality vanadium pentoxide in the world. We couple that with a market that has really turned around and prices have more than doubled since December of 2015. We’re actually making positive EBITDA, positive cash flow at Largo. We’ve got to tell you that the mood at the facility, the mood in the company is just very different because when you see that first profitable month it’s amazing what that does for morale.

Tracy Weslosky: Based on that, Largo is making money, you’re achieving milestones as you said you were going to do. I’m going to back you up just a little bit and have you explain to the audience out there: vanadium prices have actually doubled since last year — things have really changed and turned around, you might say for Largo?

Mark Smith: They have. That’s due to two things, good operations and the price of vanadium. Let’s not forget that although we talk about it doubling right now versus last year, last year we hit the lowest point in the history of vanadium pricing. Yes it is twice as good as it was last year and we are positive cash flow, positive EBITDA. We think the market has a long ways to go yet to really demonstrate what the supply and demand fundamentals are in the vanadium world…to access the complete interview, click here