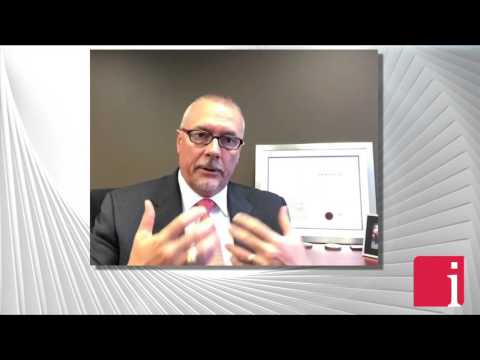 September 8, 2016 — In a special InvestorIntel interview, Sr. Editor Fred Cowans speaks with Mark Smith, President and CEO of Largo Resources Ltd. (TSX: LGO | OTCQB: LGORF), a growing strategic mineral company presently focused on the production of vanadium at their Maracás Menchen Mine. Mark explains that vanadium is mainly used to manufacture rebar that provides resistance to seismic events in addition to hundreds of other uses. They talk about Largo’s Maracás Menchen Mine in Brazil, which Mark believes has the highest ore grade and the lowest unit cost of production in the world – explaining further that the material produced at Largo’s Brazilian mine is the highest quality vanadium being produced in the world today.

Fred Cowans: You’ve got a great story in vanadium. Just for the benefit of those of us that don’t deal with vanadium on a regular basis could you explain its uses please?

Mark Smith: Vanadium is actually quite widely used in the economy and has just literally hundreds and hundreds of uses. I think to just kind of quantify it easily so that people can feel like they understand this market better, just think of vanadium as something that strengthens steel. Over half of the vanadium that’s produced in the world today is actually used in the form of rebar, which provides seismic protection and, you know, strengthen and safety for us as human beings. That’s obviously one of its largest uses. The second largest use would probably be in steel tools. Again, it’s all about making that steel tool hard and stiff and strong so that when you and I are chiselling something or grinding something we’ve got a very hard material to work with, which makes our job a lot easier.

Fred Cowans: We’ve been accustomed at InvestorIntel of hearing stories about strategic metals and industrial metals being controlled in one market and being consumed in another market. What are the supply and demand geographic logistics for vanadium?

Mark Smith: Vanadium is a little different than some metals in that there’s basically four countries that produce the material so it’s a little better than some, a little worse than others. The four countries that produce vanadium today would be China. China produces about 50% to 55% of the world’s production. The second country in terms of large production used to be South Africa, but through some bankruptcies as a result of the resource industry and tough times for vanadium pricing last year we’ve now probably made Russia the number two producer in the world. And it’s probably 17% to 20% or so. South Africa and Brazil are roughly tied in terms of capability to produce and we’re probably somewhere in the 10% to 12% each in those categories. So the problem with that Fred is of course the numbers don’t add up to 100%. That’s largely because China is actually higher than 55% right now as a result of the South African material coming off the market. China may be upwards of close to 65% at this point in time.

Fred Cowans: Now your deposit and you’re in production. You’ve been in production, commercially since the last quarter of— calendar quarter of last year. You’re unique though. You’ve got the largest resource and the highest quality.

Mark Smith: This is an unbelievable resource. One of the things that I like to do is, both as an investor and an executive, is to start out with having a world-class resource before I engage in any of anything with any company and Largo clearly meets that standard. I mean this resource at our Maracás Menchen Mine in Brazil is massive, 45-kilometer long strike length 150 meters wide. We only drilled down to about 350 meters. We’ve got a very continuous homogenous ore body in this area….to access the complete interview, click here

Disclaimer: Largo Resources Ltd. is an advertorial member of InvestorIntel.