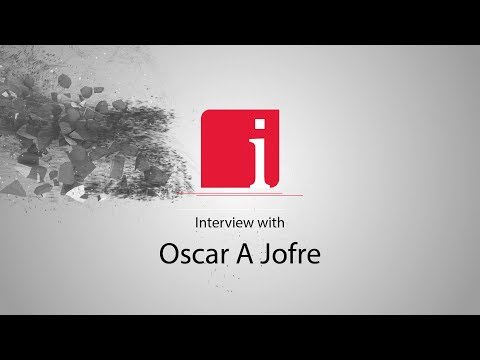 March 26, 2018 – “There is another ride about to occur in cryptocurrency, which means that you will see another spike. When that spike occurs, I am not a predictor, but it will occur, we are determining that at that point the regulators are going to step in and say enough is enough. It is time to regulate you.” – says Oscar A Jofre, Co-founder, President & CEO of KoreConX, in an interview with InvestorIntel’s Jeff Wareham.

Jeff Wareham: Oscar you are just on a tour right now called The Wild, Wild West Tour. Tell me what that is about.

Oscar Jofre: The Wild, Wild West Tour is really about the blockchain revolution and how it is really shocking the waves around the financial markets. Everybody is getting the frenzy of Bitcoin this and Bitcoin that, cryptocurrencies. It has created a very cowboy-ish style of approaching how to buy them, sell them and operate. Like any type of environment like that you are going to have some strays. We have gotten to that stage now. Part of this tour is providing an educational framework about what is actually happening, how to prevent it from occurring and how do we move forward because the underlying technology behind all this is here to stay. It is not going away.

Jeff Wareham: Whether the cryptocurrencies are going to zero or not, which I happen to believe, but a lot of people do not, you think that the blockchain is just a key, key part of the internet moving forward?

Oscar Jofre: 100%. Even more exciting, there is not just one chain. There are different types of chains and each one of them have particular attributes that depending what the type of company you are, that attribute could be an enhancement. Finally because of cryptocurrency it has accelerated the advancement of companies adopting it. In many ways I agree with you, crypto is going to zero. But, in many ways what it did for the rest of the world it woke everybody up and saying, wait a minute, there is something really solid here. From that perspective I am excited. Look at cannabis. Cannabis is a perfect example where blockchain was a mint technology to be in. The federal government decided its infrastructure using blockchain because we know now that whatever goes in there is never going to get erased. It is never going to get deleted.

Jeff Wareham: That is fantastic. Our audience is investors. What should they be looking for if they are going to invest either in cryptocurrencies or in the blockchain?

Oscar Jofre: There are two different types of investments occurring right now. If you are a currency player you are buying Deutsch dollars and so forth and American dollars. Keep playing it. There is another ride about to occur in cryptocurrency, which means that you will see another spike. When that spike occurs, I am not a predictor, but it will occur, we are determining that at that point the regulators are going to step in and say enough is enough. It is time to regulate you. It is done. The reason for that is because what people do not realize is 97% of all the cryptocurrency in the world is controlled by a few groups of people. They are in some ways manipulating the price very easily. Because of that the regulars are only going to allow it to a certain degree. You have to be careful what you are doing. Get some advice. Is Bitcoin better than Lite or Dash?…to access the complete interview, click here