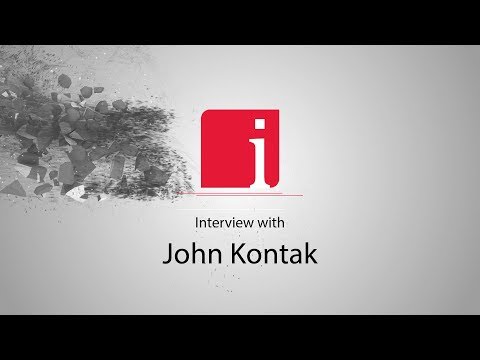 March 19, 2018 – “I think Canada is a great place to be. For example, Canadian mining executives talk about this with projects in Canada or all their projects in Canada that they like the price of gold right now with $1,300. They like it because of the exchange rate.” states John Kontak, President and Director of West Red Lake Gold Mines Inc. (CSE: RLG | OTCQB: RLGMF), in an interview with InvestorIntel’s Jeff Wareham.

Jeff Wareham: John is both the President of West Red Lake Gold Mines and also a real industry expert and seasoned veteran of the mining space. Every year PDAC is different John. Some years it is exciting. Some years it is funereal. What are you seeing this year?

John Kontak: A lot of expectations. If I could just stick with the gold sector and not speak about the other minerals that are very topical here as well. In the gold sector gold peaked in terms of U.S. dollars at $1,900.00 an ounce in the fall of 2011. Then it got tough for exploration and development companies, which is my side of the business. It is hard to raise money. It is hard to keep a drill turning. We fortunately were able to do that at our company. However, it was a tough time. In 2016 it was kind of the first leg up when that, kind of, bear cycle ended. We moved our company forward, West Red Lake Gold Mines. We raised almost $3 million dollars in 2016 and the price of gold moved.  In 2017 it was kind of sideways. I am kind of feeding off of 2016 momentum. The sense now as we begin 2018 is this may be the year for the next leg up that began in 2016. Sideways in 2017 and would like in 2018 to have a strong year and a good leg up. A lot of the things are giving indications that that may be the case.

Jeff Wareham: Anything particularly you are seeing jurisdiction wise where people want to be or do not want to be?

John Kontak: I think Canada is a great place to be. For example, Canadian mining executives talk about this with projects in Canada or all their projects in Canada that they like the price of gold right now with $1,300. They like it because of the exchange rate. With the Canadian dollar in the high seventies the price of gold in Canadian dollar terms is very handsome. When you compare it to their costs, which they pay their invoices in Canadian dollars of course before Canadian gold projects, they have a very handsome profit margin. We like that. On the exploration and development side that means the Canadian gold producers are using up their assets every day and they are going to need more projects to be mining down the road. We are cautiously optimistic. A next leg up with capital moving in the market would be a good thing for 2018.

Jeff Wareham: Good stuff. You mentioned actually, although we are talking about the industry, you did mention West Red Lake Gold has their own drills. Do you think that is something we are going to see important this year because I understand there is a lot of backlogs, both with drillers and with the labs in particular?

John Kontak: We do not own the drill, but our relationship with our drilling contractor is one of true partnership with a service supplier so the drill is always on the property…to access the complete interview, click here

In this InvestorIntel interview with host Tracy Weslosky, eResearch Corporation’s President & Director of Research Chris Thompson talks about his […]