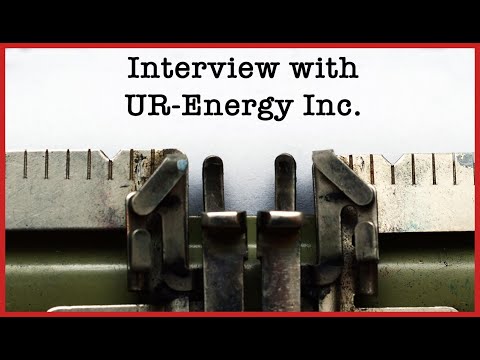 In the interview, which can also be viewed in full on the InvestorIntel YouTube channel (click here to access InvestorChannel.com), John tells Jack that “so much good news has come out in the last just two or three weeks,” starting with the Inflation Reduction Act, which includes “a number of provisions within that act that really provide a lot of support for our existing reactors in the U.S. and also new builds going forward.” John goes on to say that “everyone was assuming that a number of reactors in the U.S. would be shutting down over the next 20 years, but I don’t think that’s the case anymore,” and “that means that they’ll be buying more uranium. There will be more demand on the front end of the fuel cycle and throughout the fuel cycle to keep those reactors up and running.”

John also talks about the increasing reliance on nuclear fuel as a green, carbon neutral source of energy, with reactors being restarted and new builds underway, including China’s ongoing build program of 150 new reactors. He also talks about the future of small modular reactors, with the expectation in the industry that as many as 300 new small modular reactors will be built by 2050 to meet domestic energy needs. John tells Jack that this renewed interest in nuclear energy will substantially increase demand for uranium, particularly from producers in stable, friendly jurisdictions.

Ur-Energy is a uranium mining company operating the Lost Creek in-situ recovery uranium facility in south-central Wyoming. We have produced, packaged, and shipped approximately 2.6 million pounds U3O8 from Lost Creek since the commencement of operations. Ur-Energy has all major permits and authorizations to begin construction at Shirley Basin, the Company’s second in situ recovery uranium facility in Wyoming and is in the process of obtaining remaining amendments to Lost Creek authorizations for expansion of Lost Creek. Ur‑Energy is engaged in uranium recovery and processing activities, including the acquisition, exploration, development, and operation of uranium mineral properties in the United States. The primary trading market for Ur‑Energy’s common shares is on the NYSE American under the symbol “URG.” Ur‑Energy’s common shares also trade on the Toronto Stock Exchange under the symbol “URE.” Ur-Energy’s corporate office is located in Littleton, Colorado and its registered office is located in Ottawa, Ontario.

Disclaimer: Ur-Energy Inc. is an advertorial member of InvestorIntel Corp.