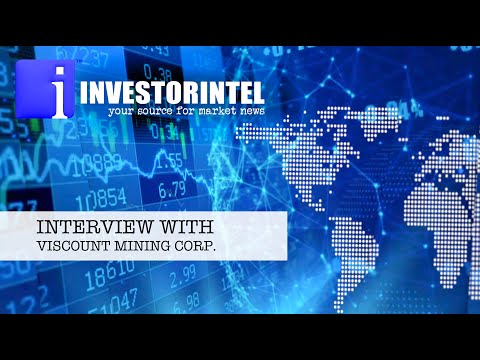 In a recent InvestorIntel interview, Peter Clausi speaks with Jim MacKenzie, President, CEO and Director of Viscount Mining Corp. (TSXV: VML | OTCQB: VLMGF) about Viscount’s high grade silver assay results at Silver Cliff Project, which according to the company is “potentially the largest silver deposit in the U.S.”

In this InvestorIntel interview, which may also be viewed on YouTube (click here to subscribe to the InvestorIntel Channel) Jim starts: “I certainly think we are coming out of a bear market in the resource sector…(and) am extremely bullish on gold and silver.”

The Cherry Creek exploration property is in an area commonly known as the Cherry Creek Mining District, located approximately 50 miles north of the town of Ely, White Pine County, Nevada. Cherry Creek consists of 320 unpatented and patented claims as well as mill rights and is comprised of more than 2,658 hectares. Cherry Creek includes more than 20 past producing mines.