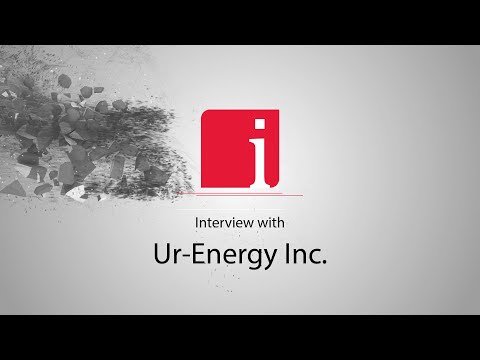 “In January of 2018, we submitted a Section 232 Petition which was a section under the Trade Expansion Act of 1962. This was immediately after a face to face meeting with the Secretary of Energy, Rick Perry. One of the things we were speaking to him about was our concerns that at that time we were roughly producing about 5% of our own (uranium) needs here in the United States and the other 95% was coming from outside the country. Almost 50% of that coming from Russia, Kazakhstan, and Uzbekistan. So we found ourselves in a position where although nuclear energy provides 20% of our baseload in the United States, we are allowing ourselves to become dangerously dependent on geostrategic rivals. That is a dangerous national security policy and we felt that Section 232 would be the best avenue that we can go to address that problem for the nation.” States Jeffrey Klenda, Chairman, President, and CEO of Ur‐Energy Inc. (NYSE: URG | TSX: URE), in an interview with InvestorIntel’s Jack Lifton.

A Presidential Memorandum in July in response to the Section 232 established the U.S. Nuclear Fuel Working Group to provide a fuller analysis of national security considerations with respect to the entire nuclear fuel supply chain, and specifically to develop recommendations for reviving and expanding domestic uranium production. Ur-Energy awaits the recommendations of the Working Group, which are anticipated to be made and acted upon at any time now.

Jeffrey went on to say that Ur-Energy is the lowest cost uranium producer outside of Kazakhstan. He said that state-owned companies in Kazakhstan receive subsidies from their government to offset their base cost and work under lax environmental constraints. They have also devalued their currency by 85-90 percent over the last five years, hence their costs are lower. Jeffrey also said that Ur-Energy’s Lost Creek Project is in production and the company has strong fundamentals.