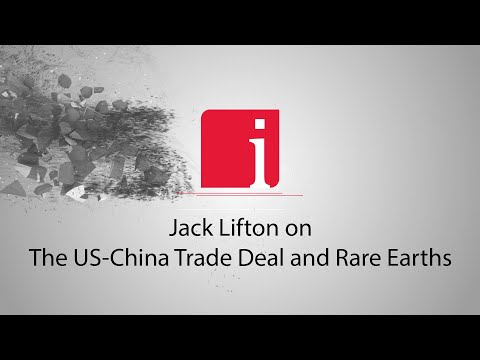 Jack said that the US has never produced scandium or yttrium yet they have been included in the trade agreement. He added that the Chinese are no longer mining heavy rare earths in their country and they have production quotas on light rare earths but they can import as much as they want in the way of rare earth raw materials. Jack further added that the US-China trade agreement gives impetus to the United States to re-implement a total supply chain in the country.