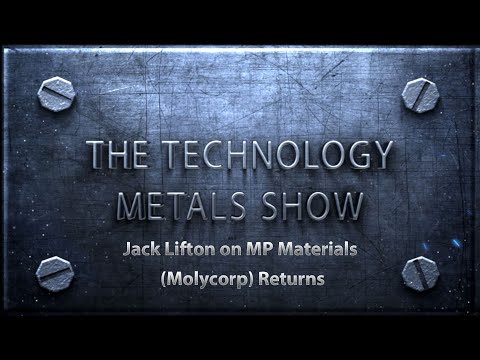 “Molycorp spent $1.8 billion to redevelop the (Mountain Pass) mine and vertically integrate that output through a separation plant to salable, separated rare earths products. It didn’t work. At the end they were not able to operate the separation plant, Project Phoenix, and the company shutdown because it ran out of money.” States critical materials expert Jack Lifton, in an interview with the Technology Metals Show hostess Tracy Weslosky.

In the interview Tracy and Jack discussed some of the challenges awaiting MP Materials in becoming a vertically integrated domestic rare earths company. Jack also provided an update on Lynas and explained how it will be affected as MP Materials progresses with its plan.

To access the complete interview subscribe to the Technology Metals Show and get exclusive access to member only content through this exclusive site! Or Log-In Here for the latest conversations, debates, updates and interviews with the leaders, thought leaders and investors focused on issues relating to sustainability in the critical materials sector.

For more information on the Technology Metals Show email us at info@technologymetals.com or reach us direct at +1 (416) 546-9233