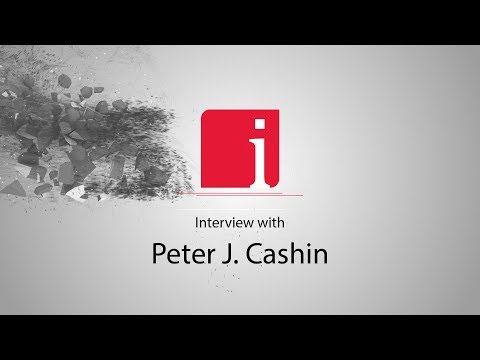 Imperial Mining CEO on their copper-zinc potential at Carheil

March 19, 2018 – “Carheil, in particular, is the extension of what SOQUEM calls their B26 property. They have defined about an 11-million ton massive sulfide, copper-zinc volcanogenic massive sulfide. They just recently optioned our ground. They are going to be undertaking about $4 million dollars of exploration over the next 4 years because they feel, as we do, that there is some very good copper-zinc potential.” states Peter Cashin, President & CEO of Imperial Mining Group Ltd. (TSXV: IPG), in an interview with InvestorIntel’s Peter Clausi.

Peter Clausi: I saw you last May and you were on another transaction at the time. I see that has evolved.

Peter Clausi: How did you come to be in Imperial Mining?

Peter Cashin: I was with Quest. I ran Quest from 2008 to 2015. When I left them. I brought a technology metals property with me called The Crater Lake Property. I tried to find a home for it. I put it into a whole co. by the name of Peak Mining Corporation. The idea was to try to make it become a public entity, fell on a tough market. What I did instead is I sought a junior, a dormant junior that had some good gold and base metal properties. It is NQ, NQ Exploration. I took those. We did a reverse takeover. We threw it into Imperial. I threw my technology metals property into it as well and we went public just at the beginning of January as a matter of fact.

Peter Clausi: That is Crater Lake.

Peter Cashin: That is the Crater Lake opportune.

Peter Clausi: Where is that located?

Peter Cashin: That is northeastern Quebec, east of the Schefferville, in the iron mining area.

Peter Clausi: You have a project named SOQUEM.

Peter Cashin: It is called Carheil, but our partner is SOQUEM.

Peter Cashin: SOQUEM is the Quebec government’s Crown exploration corporation. Really their mandate is to stimulate exploration in the province of Quebec for different commodities. Carheil, in particular, is the extension of what SOQUEM calls their B26 property. They have defined about an 11-million ton massive sulfide, copper-zinc volcanogenic massive sulfide. They just recently optioned our ground. They are going to be undertaking about $4 million dollars of exploration over the next 4 years because they feel, as we do, that there is some very good copper-zinc potential.

Peter Clausi: They made you a cash payment.

Peter Clausi: They can buy up to 50% for almost $4 million dollars over 4 years.

Peter Clausi: That is a good project.

Peter Cashin: They are good operators. They know the camp cold so aside from ourselves, they are the best second opportunity I think to advance the potential of the property.

Peter Clausi: You are in the right neighborhood. There is the past producing Selbaie Mine that kicked out 53 million tons.

Peter Cashin: Yes, it was open pittable so it is really a low-cost opportunity. That was BHP Billiton that operated that thing.

Peter Clausi: When was that?

Peter Cashin: That would have been in the 1980s and nineties. Now it is on care and maintenance for the tailings pond. Glencore has that right now.

Peter Clausi: Okay so you are in the right neighborhood. Good project, good partner. What do we look for next?

Peter Cashin: I am being carried so it is a good project. We have technical input on the direction of the exploration for that particular project…to access the complete interview, click here