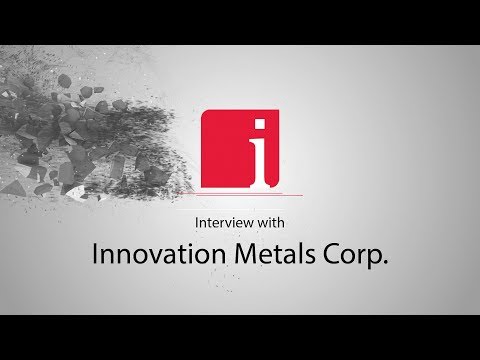 Note from the Publisher: Rest of the World (ROW) is often utilized in rare earths discussion to the market, not including China.

“Innovation Metals (IMC) is a private Canadian company. We have been working for some time now on the development of a proprietary separation and purification process that we call RapidSX™. We started working with rare earth elements and some other technology metals with that. It is an accelerated form of solvent extraction (SX) which is the primary process used in the industry for rare earth separation and combines the benefits of the chemistry of SX with a new way of making the process happen at a much faster rate, reduce footprints and various benefits. In the spring of this year, I encountered the folks at Hexagon. They are an Australian firm listed on the ASX and primarily involved in graphite at that point. They have a couple of projects. One is Australia, one in the US in Alabama and they are getting into the downstream looking at processing, looking at the end uses. They are trying to expand into energy materials side of things… they looked at the RapidSX™ work that we have been doing. A couple of weeks ago we announced the formation of a joint venture company with them and they have an option to invest $2 million into the JV which will allow us to build a demonstration-scale separation facility to put the RapidSX™ approach throughs its paces at a much larger scale.” States Gareth Hatch, Chairman and CEO of Innovation Metals Corp., in an interview with InvestorIntel’s Jack Lifton.

Gareth went on to provide an update on the Rare Earth Industry Association (REIA) in which he is the Advisory Board Chair. REIA is a global association for rare-earth industry stakeholders which provides a platform to mitigate business risks in the rare earth value chain. In the interview, Jack and Gareth also discussed the new ISO standards for rare earths. Gareth said that the standard includes terms and definitions, traceability, packaging, testing, analysis, etc to bring consistency and uniformity and to create a framework so that companies can get certified.