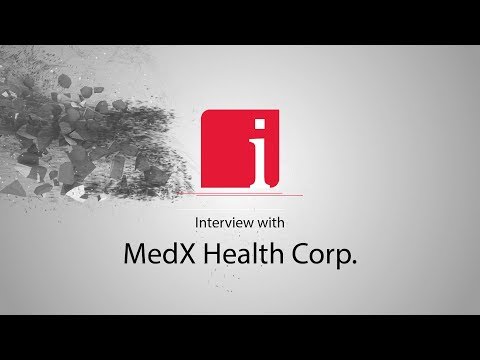 “MedX is a company that has a visual technology that allows image capture not only on top of the skin but also below the skin. It allows us to take a look at a suspicious mole or lesion and be able to get that diagnosed by a dermatologist within 72 hours. That is the most important part, it is a triage unit, so we can get it to people who have melanoma and deal with it right away.” States Mike Druhan, Vice President of Corporate Development at MedX Health Corp. (TSXV: MDX), in an interview with InvestorIntel’s Tracy Weslosky.

Mike went on to say that MedX’s skin cancer diagnosis technology is a class 2 device which looks under the skin and can help a dermatologist can make an accurate assessment. He said that it is the only device in the world that does it. Mike also provided an update on the distribution agreement signed with Group Vida to distribute MedX’s DermSecure skin cancer assessment technology platform in the USA, Canada and Israel. He said that Group Vida has opened some very big channels for MedX already.