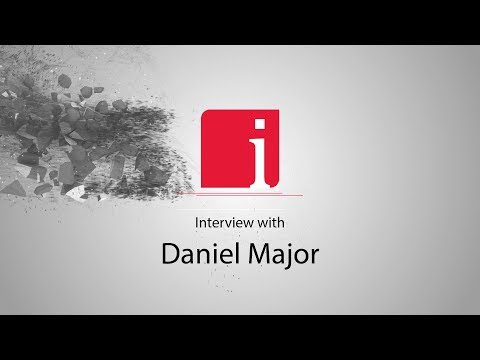 GoviEx CEO on their uranium projects in Niger, Zambia and Mali

March 26, 2018 – “I think what you see now is there were a lot of pressures on the top and each year we go past one of those pressures come off. I think the problem we have had is they have just taken longer for them all to add up. If you look at what UXC Consulting is saying they are looking at a deficit this year.” states Daniel Major, CEO of GoviEx Uranium Inc. (TSXV: GXU | OTCQB: GVXXF), in an interview with InvestorIntel’s Peter Clausi.

Daniel Major: Yes that is absolutely correct. We have got projects in Niger, Zambia and Mali.

Peter Clausi: What stage is each one of them at?

Daniel Major: The primary one is Niger. It is Madaouela. It is fully permitted, environmental permits, mining permits. We are working on finalizing the feasibility study for that. We are already working on the debt structuring. We have got expressions of interest from two ECAs and five banks to cover our full debt, which is two-thirds of our total capital. We are working on optimizing that project still, bringing the OPEX down, bringing the CAPEX down while the market is quiet. In Zambia we picked up two projects. We have merged them together. Got 140 kilometers of strike length already permitted by merging them together; fantastic economies of scale. Both of those projects will produce over 2½ million pounds per annum.

Peter Clausi: Where will you mill it?

Daniel Major: We will do the processing on site in both companies.

Peter Clausi: One mill for both sites or one mill each?

Daniel Major: They are so far apart country-wise. One is up in North Africa and one is in Southern Africa. It is a really long way. Both sites are going to be designed to produce yellowcake and ship out yellowcake from them. Both projects less than $38.00 a pound all including, all their capital. All the infrastructure is there, great jurisdictions. The last project we have is in Mali. It is an advanced exploration play. It has actually gone to PF once, but it was never issued so all the technical study is there. You have got a company now that has had $250 million dollars of technical studies invested on it, so well advanced.

Peter Clausi: The uranium market generally has been a hard one to predict over the past few years. We have all been waiting for a rebound in pricing and it is slowly battling its way up. What is your take on it?

Daniel Major: I have been with this company for 5 years. I have enjoyed the pleasure of sliding uranium prices. I think I have to stay a little longer to enjoy the upside. I think what you see now is there were a lot of pressures on the top and each year we go past one of those pressures come off. I think the problem we have had is they have just taken longer for them all to add up. If you look at what UXC Consulting is saying they are looking at a deficit this year. I think the overhangs we have got at the moment; you have got the impact to the U.S. guys, the Section 232 …

Daniel Major: What it has done is just take the U.S. buyers out of the market and they are the biggest spot buyers. The guys you want there are in the market buying, they are just not there at the moment…to access the complete interview, click here