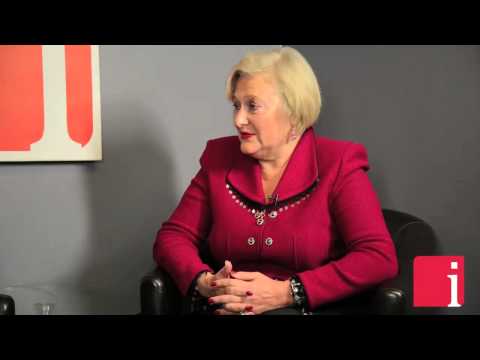 October 23, 2014 — Tracy Weslosky, Editor-in-Chief and Publisher of InvestorIntel speaks to Anna Gluskin, CEO and Director for EastGate Acquisitions Corporation (‘Eastgate’, OTCBB: ESAQ) about its proprietary technology to treat diabetes. Insulin is crucial for treating diabetes but it relies on a needle delivery system (four or five times a day). This has made this disease more insidious than others and Eastgate has developed a way to deliver the insulin by way of a tablet, which is far more convenient and patient-friendly. Insulin is a protein and, until now, the only way to introduce it in the body was through subcutaneous injection. Anna points out that there are some 50 million diagnosed – and 50 million undiagnosed – diabetes sufferers in North America alone, which gives an indication of the enormous market potential for its new insulin tablet.

The Biotech sector is unique; however, Eastgate’s technology extends beyond and places the Company into the Nutraceutical space. A nutraceutical (derived from the words “nutrition” and “pharmaceutical”) is a food or food product that provides health and medical benefits, including the prevention and treatment of a variety of illnesses. Nutraceuticals are products isolated or purified from foods that are generally sold in medicinal forms not usually associated with food products. Anna says that Eastgate’s products are patient friendly by design; they taste well and come in different forms and they are also designed to allow for the body to fully absorb the key pharmaceutical ingredients it needs.

Eastgate recently signed a licensing agreement with New Jersey based Purine Pharma, LLC (‘Purine’) to produce and distribute Eastgate’s line of nutraceuticals under its own private label. Purine supplies a line of over 200 over-the-counter and prescription based cold, allergy, analgesic, topical and vitamin and supplement products. Eastgate is also engaged in studying drug delivery innovations and alternative dosage forms of existing biologically active molecules. Purine has opened up Eastgate’s opportunities to market and distribute their products in North America and internationally. Eastgate can manufacture and distribute the products while Eastgate collects a royalty, says Anna. Apart from its current focus is on diabetes and non-invasive insulin delivery systems.

Eastgate recently announced that it has advanced its ‘self-emulsifying sub-micron platform’ technology to expand delivery options of its own line of pharmaceuticals, which include essential oils, which, Anna stresses, work externally as well as internally. Eastgate offers a number of products that address many health challenges. While, not anti-viral, Eastgate can even play a small role in helping medical practitioners confront such viral diseases as Ebola. For example, says Anna, its ‘Cleanezze’ sanitizer , available in gel and spray formats, is derived from herbal extracts and essential oils that creates a protective to provide up to an hour of anti-bacterial protection against “almost all known bacteria and viruses, like Ebola for example,” even blocking bacteria from attaching and growing on the skin of its users.

Disclaimer: Eastgate is an advertorial member of InvestorIntel