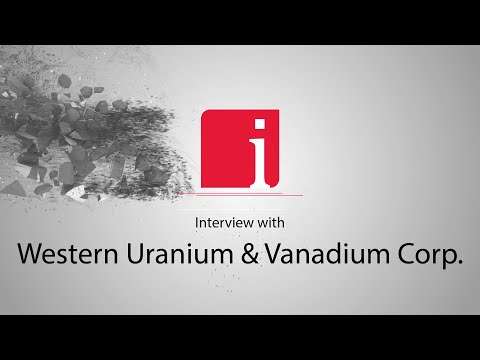 George started by saying that Western Uranium & Vanadium’s Sunday Mine Complex is ready to go into production. The complex has five permitted uranium mines and the company has just finished building ore pads at the complex to move ore. George also spoke on recent news on how “the US Government has just released its FY2021 budget document to go forward for approval to the US Congress. It appears that the Nuclear Fuel Working Group’s (NFWG) recommendations to support the US uranium industry have been supported, at least to the tune of a US uranium reserve per annum of US$150 million over 10 years: a $1.5 billion plan to establish a U.S. uranium reserve.”

With the industry awaiting further recommendations from the NFWG, George comments that he is optimistic on this update.