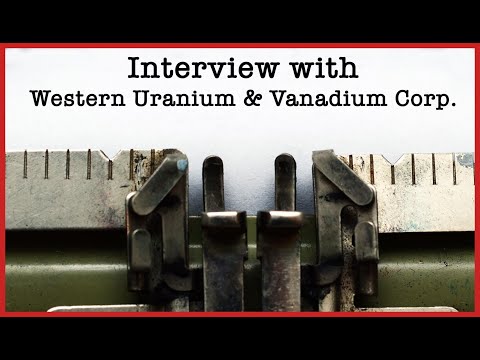 In the interview, which can also be viewed in full on the InvestorIntel YouTube channel (click here), George tells Byron that the Sunday mine complex was in production for a number of years before Western Uranium & Vanadium acquired it in 2014 and “produced significant quantities of uranium and vanadium in the past and is ready to produce.” He explains that “there are actually four separate mines all permitted, all developed. We’re in one of them right now producing and stockpiling ore and preparing to go into the other three.”

Discussing American and European dependence on Russian uranium, George tells Byron that “we cannot be reliant on potentially unstable sources of nuclear fuel. The utilities certainly are going to look at western suppliers for all components of nuclear fuel and I think that’s good for not only our company, it’s good for all western producers.” With $9 million in the bank, “a significant profit from the sale of uranium,” as well as ongoing revenues from oil and gas royalties, George goes on to say that Western Uranium & Vanadium is “well cashed up” to execute its ongoing development plans.