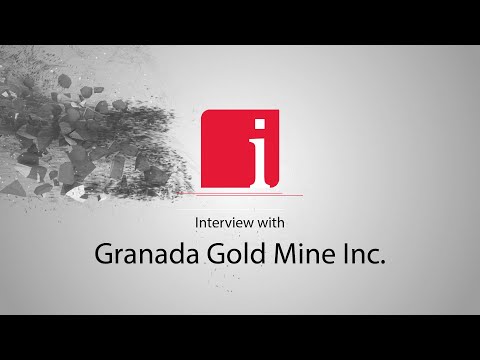 “The deposit that we have was actually mined as a high-grade mine historically. Was about 10 grams a ton…The previous operator took out 14,500 ounces at 5 grams a ton. We decided to work on that extension going east…We are getting grades like 11-13 grams a ton. We are going to carry out near surface drill program and extend that. The structure is 5.5 km long and we have looked at only 500m of it. We are shovel ready. We have all the permits and we can ship the rock anytime to any mill in Quebec.” States Frank Basa, President, CEO and Director of Granada Gold Mine Inc. (TSXV: GGM), in an interview with InvestorIntel’s Tracy Weslosky.

Frank went on to say that its not normal to have to an open pit mine grading 5 grams a ton as most mines have about 1 gram a ton. He added the mine doesn’t have any overburden. Frank also provided an update on Granada Gold’s latest drill results. He said that the drill results were very good. The company drilled 33 meters of over 10 grams a ton near the surface.