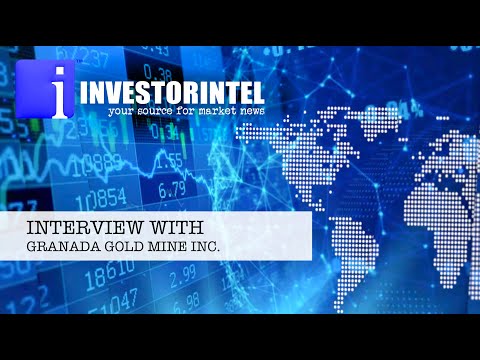 In a recent InvestorIntel interview, Tracy Weslosky speaks with Frank Basa, Director, President and CEO of Granada Gold Mine Inc. (TSXV: GGM) discusses their key positioning in Quebec’s Cadillac Trend, the rising value of gold and how this will translate into the marketplace in 2021.

In this InvestorIntel interview, which may also be viewed on YouTube (click here to subscribe to the InvestorIntel Channel), Frank responds to Tracy’s questions about Matt Bohlsen’s article on why they may be ‘flying under the investment radar’ with, “We are on the Cadillac break, and of course anybody who is on the Cadillac break usually ends up with a multi-million-ounce deposit, which we did get.”

Frank goes on to explain changes that will positively affect the economics for Granada Gold, the impact of the gold market on the M&A market and adds “This is just the beginning of a long bull market for gold, and with our location; our infrastructure – we’re in a great position.”

Granada Gold Mine Inc. is continuing to develop the Granada Gold Property near Rouyn-Noranda, Quebec. The property includes the former Granada gold mine which produced more than 50,000 ounces of gold at 10 grams per tonne gold in the 1930’s before a fire destroyed the surface buildings. Approximately 120,000 meters of drilling has been completed to date on the property, focused mainly on the extended LONG Bars zone which trends 2 kilometers east west over a potential 5.5 kilometers mineralized structure. The highly prolific Cadillac Trend, the source of 50 million plus ounces of gold production in the past century, cuts right through the north part of the Granada property on a line running from Val-d’Or to Rouyn-Noranda Quebec.

The Company is in possession of all permits required to commence the initial mining phase known as the “Rolling Start”, which allows the company to mine up to 550 tonnes per day, capable of producing up to 675,000 tonnes of ore over a 3-year period of time.  Additional information is available at www.granadagoldmine.com.

To learn more about Granada Gold Mine Inc., click here