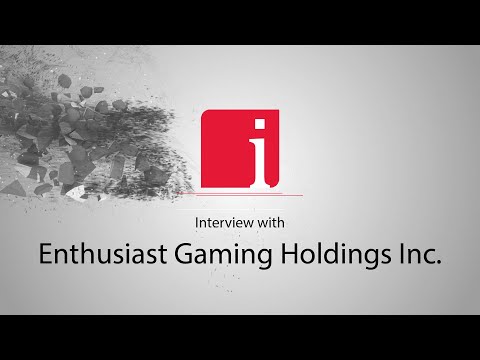 “I bucket things into four categories — there are teams, there are events, there are game publishers who make the games that other people play, and then there are online platforms such as Twitch and Discord. We don’t make the games but we have teams, events, and platforms. The biggest moneymaker is the platform…online we reach over 200 million gamers, so that provides a lot of the scale…” States Menashe Kestenbaum, President, Founder and Director of Enthusiast Gaming Holdings Inc. (TSXV: EGLX | OTCQB: ENGMF), in an interview with InvestorIntel’s Peter Clausi.

Menashe adds “There are 700 million people now watching esports content online and that is a huge part of our business.” He then went on to say that gaming is over $150 billion industry right now and there are over 2 billion people who play games. Menashe also said that Enthusiast Gaming has about 120 gaming communities each dedicated to different types of games. The company has multiple revenue streams and has over a billion page views online and about 30 billion ad requests a month. Enthusiast Gaming also owns Canada’s largest gaming convention and is looking to expand to new cities. He added that Enthusiast Gaming has received final approval to graduate from the TSX Venture Exchange to the Toronto Stock Exchange.

Trevor Doerksen of ePlay Digital on commercializing its virtual worlds