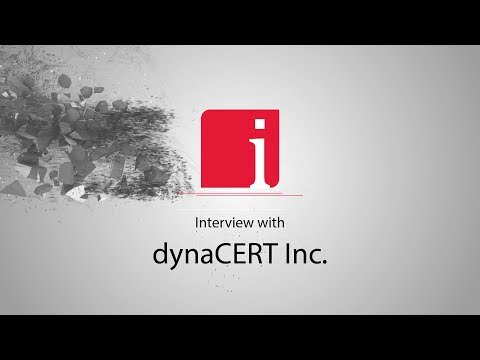 Jean-Pierre Colin on dynaCERT’s strategic alliance with MOSOLF, one of the largest trucks servicing companies in Europe

“Excellent news coming out of Europe. We have a certification and homologation in Europe – in Germany. Took us two years to get that. We announced that a few months ago. Now we have announced that we have a strategic alliance with MOSOLF. They are one of the largest trucks servicing companies in Europe. Very credible, very related. They have agreed to purchase a thousand units right off the bat, represent us in five countries in the European Union.” States Jean-Pierre Colin, Director at dynaCERT Inc. (TSXV: DYA | OTCQB: DYFSF), in an interview with InvestorIntel’s Tracy Weslosky.

Jean went on to say that dynaCERT’s patented technology underwent rigorous testing and validations in Germany. Some of the best experts in diesel engine technology in Germany carried out four different tests on dynaCERT’s technology which validated that the technology helps reduce fuel consumption in diesel engines by up to 20% and also reduces carbon emission by a significant amount. Jean further added that dynaCERT has received numerous awards for its Carbon Emission Reduction Technology. The company has received a German innovation award. dynaCERT has also penetrated the mining industry with its emissions reduction technology and has received an award in Colorado from the mining industry. Jean also spoke on dynaCERT’s HydraLytica™ telematics system. He said that the system can prove by each individual diesel engine the fuel-saving and carbon emission reduction. The company is applying to have its emission-reduction technology certified as a Carbon Credit creator for diesel engines.

Disclaimer: dynaCERT Inc. is an advertorial member of InvestorIntel Corp.