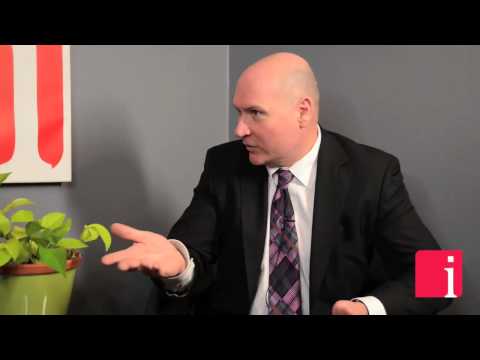 Tracy Weslosky: So you just put some news out just this morning (reference, April 9, 2015) about this new anticancer Photo Dynamic Compounds TLD-1433. Is that correct?

Tracy Weslosky: Tell me a little bit about it. You’ve got the pre-commercial batch. Is that correct?

Roger Dumoulin-White: Yes. When you’re going into cancer trials you need enough of the substance or the drug in order to go into human clinical trials. What Health Canada and the FDA requires is what’s called a GMP or a good manufacturing practices batch. Our partner originally produced the drug in a quarter half gram batch. They’ve now, what our news release this morning was about, is we’ve produced it in a pre-commercial batch. We’ve produced 50 grams of the compound. We’re going to do another 50 gram batch and then we’re going to what’s called our GMP batch, which is a 500 gram batch. A 500 gram batch will treat up to 10,000 patients. It’s a big amount of this drug. This is a very powerful drug. It’s very big news for us.

Tracy Weslosky: For the InvestorIntel audience that’s trying to understand the Theralase story, when we initially started discussing Theralase, you were a pain management company. Now you’re part of the anticancer treatment universe. Can you tell us a little bit more about how you got there?

Roger Dumoulin-White: Well, Theralase has two divisions. It’s a medical laser company so both divisions are related to medical lasers. There’s the therapeutic division where we manufacture lasers to eliminate pain, eliminate inflammation, accelerate tissue healing, which is where we started. We then licensed these photodynamic compounds, which have an affinity to cancer. Now they can be light activated, destroy cancer. We’re now in the anticancer space.

Tracy Weslosky: And of course, really big news has happened since the beginning of just this year with regards to your anticancer treatment. Can you give us an update about this?

Roger Dumoulin-White: We’ve had a lot of news since the beginning of the year. For our anticancer technology there’s a number of steps that are required in order to go to human clinical testing, phase 1, phase 2, phase 3 testing. Those involve manufacture the drug to what’s called a GMP or a Good Manufacturing Practice standard. It involves toxicity analysis so defining the minimum effective dose or the low limit and the maximum tolerated dose or the high limit and then it also involves the clinical protocols. Those three things are the trilogy required to get a clinical trial application by Health Canada to start enrolling patients for a very deadly disease, non-muscle invasive bladder cancer.

Tracy Weslosky: So for all of us investors, I think I also read as well that in part of this application process you have a new strategic partnership with CiToxLAB. Can you tell us a little bit more about that as well?

Roger Dumoulin-White: CiToxLAB is our toxicity partner. What CiToxLAB does is they determine the minimum effective dose and the maximum tolerated dose. It’s a very similar analogy — if you had a headache and you took two aspirins. If you took a tenth of an aspirin it’s not going to work. If you took 200 aspirins…to access the rest of this interview, click here

Disclaimer: Theralase Technologies Inc. is an advertorial member of InvestorIntel.