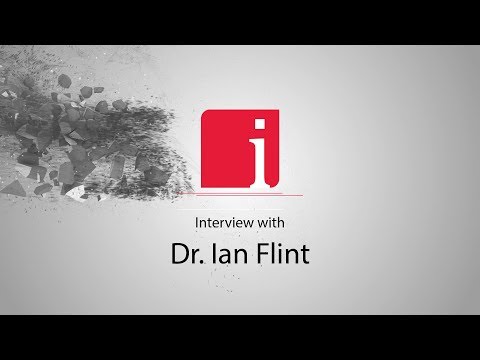 Dr Ian Flint, Senior Editor at InvestorIntel in an interview with InvestorIntel’s Kelly Bird discuss the graphite and graphene market. Ian explains that exploration companies in the graphite sector racing towards production are realizing that they have to do more than produce graphite. In fact they are they are more of a processor and intermediary for applications. For example, lithium-ion battery companies do not buy graphite off the shelf, they must collaborate to insure that their graphite flake is compatible with the battery being manufactured before any sales are made. He then goes on to discuss his advisory roles with CKR Carbon Corporation (TSXV: CKR), a company focused on mine to market commercialization of graphite products, and Giyani Metals Corp. (TSXV: WDG), a junior manganese mining resource company in South Africa.

Kelly Bird: Tell me what is going on in the graphene market today?

Ian Flint: There is a number of applications that are being developed in graphene, for example, into plastics as a composite. Now you can buy graphene hockey sticks for example. It is also being put into a lot paints for corrosion resistance. There is also work being done putting it into things, like, energy storage and things like that. The same problem that has been plaguing the graphene market for many years still exists, which is quality control and a supply of reliable inexpensive graphene. Until those are solved the applications grow in slow increment.

Kelly Bird: What about the graphite market?

Ian Flint: The junior companies are slowly learning that to be into the graphite is you are not a miner. You are a processor and intermediary to applications as opposed to a mine. The classic model in which geologists get together and make a company and sell it to a senior in graphite just does not work. What you need in graphite is to identify the applications you are going to sell into then find the graphite source for that. You have to be prepared to start an operating company. You have to have the team together to do that. I think that the junior mining space is recognizing that fact. There has been a number of strides forward in the industry so I think it is a positive outlook.

Kelly Bird: Which brings me to my next question, what is the difference, for those of us who do not know, between synthetic graphite and real graphite… to access the complete interview, click here