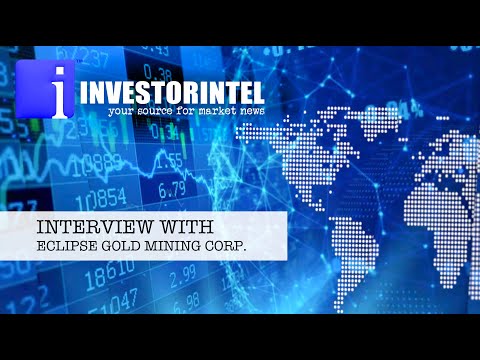 In this InvestorIntel interview, which may also be viewed on YouTube (click here to subscribe to the InvestorIntel Channel), Douglas went on to provide details of the merger and explained how the merger creates value for the shareholders supported by production and positive cash-flow from Northern Vertex’s Moss Mine and highly capable leadership, operations and exploration teams.

Speaking on the upside potential of the Moss mine, Douglas said, “It is right next to an operating mine.” He added, “You think of a kilometer and a half with half a million ounces and 10 kilometers of vein to explore, there is very significant upside here.”

Eclipse Gold Mining is exploring the district-scale Hercules gold property within Nevada’s Walker Lane trend. The Hercules property is located only a one-hour drive from Reno and appears to have all the characteristics of a large, low-sulphidation epithermal gold system. The company brings together a team with a track record of extensive M&A and nine successful buyouts totaling $4.6 billion.

Northern Vertex Mining Corp. owns and operates the Moss Mine, currently the largest pure gold and silver mine in Arizona. Focused on low-cost gold and silver production, the company has experience across all areas of operations, mine development, exploration, acquisitions, and financing of mining projects. With operations at the flagship Moss, the company intends to consolidate additional producing and exploration gold assets within the Western US. Through mergers and acquisitions Northern Vertex’s corporate goal is to become a mid-tier gold producer.