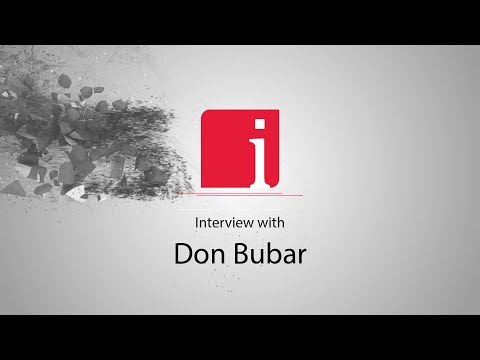 “That is the unique property. Usually graphite forms through metamorphism and forms very large crystals or flakes. This formed very fine crystals. These fine crystals are now proving to be very advantageous for making the very high-end monolayer type of graphene product.” States Don Bubar, CEO and Director of Zenyatta Ventures Ltd. (TSXV: ZEN), in an interview with InvestorIntel Corp. CEO Tracy Weslosky.

Tracy Weslosky: Don I noticed this morning that our story, They Are Back, about Zenyatta is trending number three for most read on our site. You just recently became the co-CEO after joining the board of directors. Can you tell me what the catalyst was for you joining this team?

Don Bubar: I have been involved with Zenyatta peripherally right from the start when the Albany graphite deposit was first discovered. I recognized then that this was something very special. Indeed that is what has proven to be the case now. I knew Aubrey Eveleigh, the former CEO well and helped him understand what the possibilities with this graphite deposit and acted as an advisor, but also was an investor and a shareholder and still am in the company because of my belief that this unique resource will prove to have great value for the shareholders in the long-term.

Tracy Weslosky: We have interviewed professionals over the years. Your background is a geo. Can you tell us, our audience, who might not be familiar with Zenyatta Ventures about the uniqueness of Zenyatta’s graphite?

Don Bubar: It is a very special deposit. Every geologists that has looked for massive sulfide deposits has drilled graphite and been disappointed because of course it is a conductive mineral and you are looking for metallic minerals with the copper and zinc. This was an example of an exploration program of serendipity where they were looking for copper-nickel massive sulfide deposits by drilling airborne EM conductors and hit graphite. Normally that is like, oh darn, missed it on this one. This one was recognized by Aubrey early on, well, that is not your typical graphite. This is very funny looking graphite. We should find out more about it. For your viewers, this is the material that comes out of the Albany Graphite Deposit. You can see it has got this very unusual brushed texture and the graphite is the matrix to these fragments of the original wall rock. It was formed by an explosive volcanic event where this fluid that was enriched in CO2 basically crystallized very quickly and essentially flash-frozen. That is the unique property. Usually graphite forms through metamorphism and forms very large crystals or flakes. This formed very fine crystals. These fine crystals are now proving to be very advantageous for making the very high-end monolayer type of graphene product.

Tracy Weslosky: I was just talking to an investor this morning and he was wearing a t-shirt that said, you had me at graphene. For those of you out there who are looking at your cannabis winnings and looking for new sectors to invest your money, you may want to take a look at graphene. If you can just kind of give us a broad stroke on the competitive advantages of Zenyatta’s graphene please.

Don Bubar: Graphene is not that easy make. It is a nano material where you try to make a particle, a layer that is one atom thick. That involves a process called exfoliation of peeling off the other layers so you can get down to ideally that one layer thick particle, nano particle…to access the complete interview, click here

In a recent InvestorIntel interview, Tracy Weslosky speaks with Maritz Smith, CEO of Alphamin Resources Corp. (TSXV: AFM) about the […]