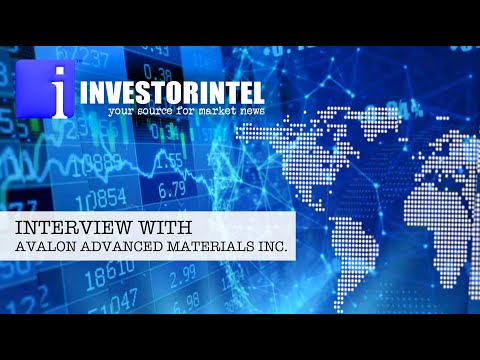 Don Bubar, President and CEO of Avalon Advanced Materials Inc. (TSX: AVL | OTCQB: AVLNF), talks to InvestorIntel’s Tracy Weslosky about Avalon’s recent surge in stock price and volume after announcing their letter of intent with Rock Tech Lithium to collaborate on the development of a North American lithium process facility.

Avalon’s announcement has attracted a lot of industry attention. “This is the fifth media interview I’ve done to talk about that news release,” Don told Tracy. “Avalon and Rock Tech have long been aspiring producers of lithium from resources in northern Ontario,” he continued, “and we had this shared vision of how this centrally located processing facility would make a lot of sense for us to collaborate to create different lithium products and serve different markets.”

“The demand for lithium battery materials is escalating,” he continued, “with plans to establish EV and battery manufacturing capacity here. The interest is building all the time and is accelerating now with government policy,” Don told Tracy. “And the push for more rapid adoption of electric vehicle technologies is obviously creating new demand with government providing incentives to get these new facilities started.”

Don went on to describe how with Rock Tech’s German-based management’s connections in Europe, this arrangement to collaborate on a new lithium process facility will help Avalon grow its business both in Europe and North America.

Don Bubar is recognized as one of the global experts on rare earths and lithium in particular, and sees an exciting “opportunity to put a processing facility in a central location close to transportation infrastructure and access to market for the product.”

In the interview Don also provides an update on Avalon’s Nechalacho Rare Earth Elements Property, and its deal with Australia’s Vital Metals. “They are pretty much ready to go,” he said, as soon as pandemic conditions allow. “The idea all along is for them to take advantage of the small, relatively easy to process resource called the T-Zone,” he continued, “and once you get that production and supply chain started then we could be in a position to scale it up.”