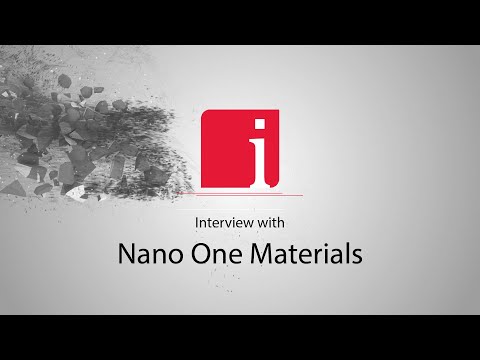 “We use a process that is environmentally friendly, we have no waste stream, we combine all of the coating and crystallization and all of the preparation of nickel, manganese, and cobalt all into one step. So there are fewer steps, there’s less energy consumed, less waste, and results in a longer-lasting battery material that could lead to more durable battery.” States Dan Blondal, CEO, Director & Founder of Nano One Materials Corp. (TSXV: NNO), in an interview with InvestorIntel’s Ron Wortel at PDAC 2020.

Dan went on to say that Nano One has developed intellectual property and patents to make battery materials that can improve the performance, durability, and safety of batteries. Dan also spoke on Tesla’s million-mile battery. He said that Tesla has used cathode material supplied by a Chinese manufacturer in the battery. Dan continued, “Nano One has intellectual property and patents that have nanocrystalline coated material which is very much akin to what they were using except ours is commercially viable.” Dan also provided an update on Nano One’s other battery technologies. He said that the company is working on lithium iron phosphate batteries used in electric buses, grid storage, etc. Nano One is also working on cobalt-free battery material which is aimed at next-generation solid-state batteries.