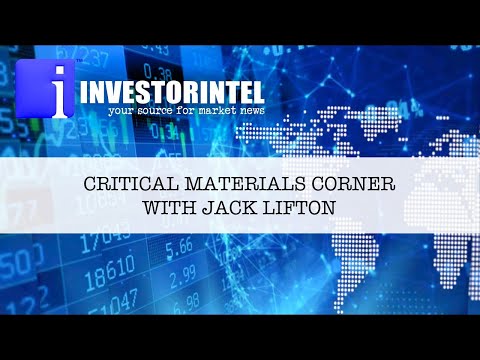 In this episode of the Critical Materials Corner with Jack Lifton, Jack talks about the possibilities and consequences of China ceasing exports of rare earths and rare earth enabled products to the United States.

In this InvestorIntel video, which may also be viewed on YouTube (click here to subscribe to the InvestorIntel Channel), Jack explained that the goal of the Chinese government is to make the domestic consumer economy grow and eventually exceed the export economy.

Speaking on why China has become an importer, there are theories that the country may be running out of material, it may want to conserve what it has, and the industry pollutes the environment. “All three of these theories are correct and drivers of the Chinese rare earth economy,” Jack said. China plans to focus on improving its domestic economy thus it needs rare earths. He continued, “China is on a world mission to make sure it has sufficient supplies to carry out its long-term plans. This would lead to a technology metals boom, more specifically for copper.” He further added, “Copper is the key technology metal…to get it from the producer to the end-user, you need copper.” Speaking on the likelihood of a metals boom, he explained China becoming a major world economic power will be a major driver.