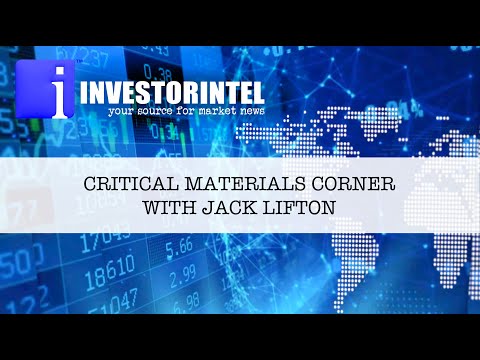 In the first episode of the Critical Materials Corner with Jack Lifton, Jack talks about if there is going to be any change in the focus on critical materials under the Joe Biden administration.

Speaking on the electric vehicles sector, Jack said, “The big drive in the US is to get the price of the batteries down.” He continued, “If I were an investor, I would be looking at batteries, battery management, battery raw materials, and also the raw materials for solar panels and wind turbines because these are big pushes by the US government.” He further added, “You can store energy with lithium, cobalt, nickel and manganese. But you can’t make anything move without rare earth permanent magnets.” Speaking on the Department of the Interior’s list of critical materials he explained why copper should be on the list.