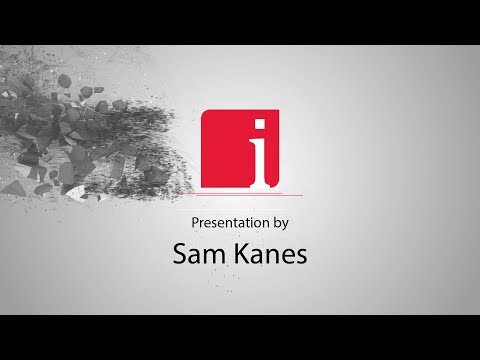 May 23, 2018 – “The biggest opportunity by far for dissolving any gas into any solution is carbon and carbon for plants and more specifically plant leaves…It is all we do, we help plants grow better. Yes, including buds.” states Sam Kanes, VP of Business Development and Director at CO2 GRO Inc. (TSXV: GROW), in a recent presentation at the 7th Annual InvestorIntel Summit – Buds, Batteries & Blockchain 2018.

Sam Kanes: We IPOed in 2012 and have raised $14 million dollars along the way, most of it in the pursuit of developing, initially the algae market worldwide. It exploded on the scene in 2011 with what you just heard called peak oil. Oil was supposedly on the way to $200 according to CIBC and others. In that market governments got scared, especially American government. They put half a billion dollars into three of their chosen leaders in the world of algae; Solazyme, that IPOed for $1.2 billion. They only had $20 million in revenue when they started. 10 of which was for U.S. military jet fuel from renewable algae. One was called Sapphire. They actually were trialing our equipment at that time and then Algenol in Florida. Two of the three are bankrupt and barely hanging on is Algenol. Solazyme led up to $2 billion dollar value. It sold for $30 million last fall. What we IPOed for was providing them dissolved carbon to accelerate their algae growth more efficiently. We mothballed that in 2014 for a few years. As oil prices did not go to $200. They went to $25. Along the way my partners, John and Aaron, Aaron being up here is going to talk about operations in a minute, they wound up the core of the technology that I actually invested in, in 1999, when Joseph he claimed he is 20-year overnight success. That same year Dow Chemical left Canada and a variety of people and facilities behind and the twice scientist of the year, Craig Glassford, got to keep the technology he was working on. Craig reached out to John Archibald in Singapore and he left a major job out there because he believed in this technology to come back to North America and develop it commercially. He showed up at my door at Scotia Capital where I with five others were convinced after he claimed this technology could accelerate dissolving hydrocarbons in groundwater. Then what I was interested in was called methanol based MTBE. Methanex stock price was falling 90% at that time. I was a Methanex analyst at Scotia Capital. John claimed and showed us that he could accelerate bacteria growth in water by dissolving oxygen instantaneously without bubbles. Boom, I was sold with four others. Here I am 18 years later with John rejoining because the $400,000 he did raise half through me, he got $12 million dollars for that so modest success. 30X over 18 years. The biggest opportunity by far for dissolving any gas into any solution is carbon and carbon for plants and more specifically plant leaves. On that note I will let Aaron get going here in a minute. I just want to go through the market cap and partly why we are here. I got to do this. We are public. TSX Venture, GROW. We are very happy we got that symbol. It is all we do, we help plants grow better. Yes, including buds. Our cap table at the moment is about 40 million shares……to access the complete presentation, click here

Two power tools for investors – trending stats and the ii6

“The Trending section is one of our favorite parts of InvestorIntel.com, as it is an incredible information tool for investors […]

June 6, 2018 – “Every single brine asset in the world is visible from outer space. Everyone knows where they are. […]