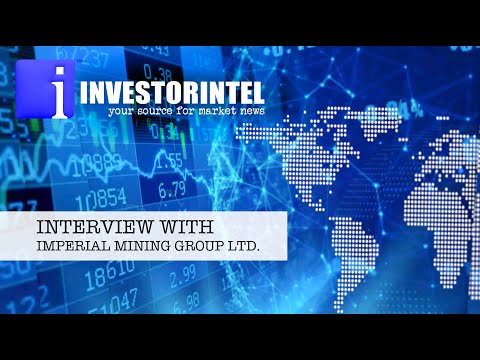 In this InvestorIntel interview, which may also be viewed on YouTube (click here to subscribe to the InvestorIntel Channel), Gianni went on to say, “Scandium is a market, that in my opinion in this decade can grow 20 fold.” Peter added, “There is just not enough production capacity in the world to be able to satisfy what the potential growth in demand could be.” Peter then went on to talk on the primary uses of scandium and explained that the factor holding back demand is limited supply of the metal. He continued, “If you can find the supply, I think the players and consumers are there waiting for it.”

In the interview Peter also provided an update on Imperial Mining’s Crater Lake Scandium project in Quebec and explained how the project benefits from being located in Quebec, which is the aluminum capital of Canada.

Imperial is a new Canadian mineral exploration and development company focussed on the advancement of its copper-zinc, gold and technology metals properties in Québec. Imperial is publicly listed on the TSX Venture Exchange as “IPG” and is led by an experienced team of mineral exploration and development professionals with a strong track record of mineral deposit discovery in numerous metal commodities.