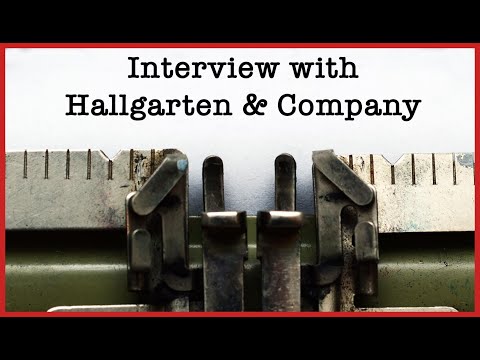 Christopher Ecclestone on the “leaky door” for Russian Uranium

In a recent InvestorIntel interview, Tracy Weslosky interviews Hallgarten & Company’s Principal and Mining Strategist Christopher Ecclestone about the impact of the Ukrainian invasion on the resource sector. In a follow-up to a previous interview, Christopher starts with: “Everyone thought it would be over shortly, and in fact, it’s dragged on — and so that means that the implications have very much changed now.”

With commentary on sanctions, Russia being paid in rubles for oil and gas, Christopher takes on the impact to the global nickel, platinum, and palladium markets. Further discussions on Russia and Kazakhstan being our dominant suppliers of uranium, he provides a compelling argument on how other companies and countries may be a ‘leaky door’ for Russians sidestepping the intended impact of economic sanctions.

Hallgarten & Company was founded in 2003 by the former partners of a well-known economic think-tank. Their output encompasses top-down and bottom-up research from a Classical Economic (Austrian School) perspective. Over the years, the team has successfully picked trends using macroeconomic underpinnings to guide investors through the treacherous waters of the markets. It was only natural, in light of the focus of Classical Economics upon the “real value” of monetary assets that the firm’s strengths should ultimately have become evident in resources sectors and projections of commodity trends.

Hallgarten & Company has advised and managed portfolios of offshore and onshore hedge funds.

Hallgarten research is now available on Bloomberg and FactSet.