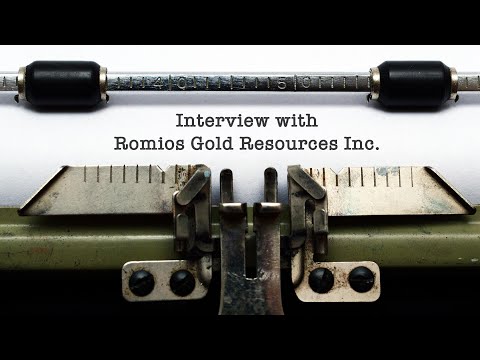 In this InvestorIntel interview, which may also be viewed on YouTube (click here to subscribe to the InvestorIntel Channel), Stephen Burega provided an update on Romios’ properties in the Golden Triangle where they have already identified two copper-gold porphyry targets, and are on the way to identifying a third one. He also provided an update on  other properties in Romios’ portfolio, which are in the vicinity of existing mines and deposits, owned or operated by major mining companies.

Romios Gold Resources Inc. is a progressive, mineral exploration, Canadian company engaged in precious- and base-metal exploration. It is focused primarily on gold, copper and silver. It has a 100% interest in the Lundmark-Akow Lake gold-copper property in northwestern Ontario and it has extensive claim holdings covering several significant porphyry copper-gold prospects in the “Golden Triangle” of British Columbia. Additionally, the company has interests including two former producers, the La Corne molybdenum mine property (Quebec) and a former high-grade gold producer, the Scossa mine property (Nevada). The Company also retains an ongoing interest in several properties including a 20% carried interest in five claim blocks in the Thunder Bay silver district of northwestern Ontario; and a 2% NSR on the Hislop gold property in Ontario.

This interview, which was produced by InvestorIntel Corp. (IIC) does not contain, nor does it purport to contain, a summary of all the material information concerning the “Company” being interviewed. IIC offers no representations or warranties that any of the information contained in this interview is accurate or complete.

Any projections given are principally intended for use as objectives and are not intended, and should not be taken,  as assurances that the projected results will be obtained by the Company. The assumptions used may not prove to be accurate and a potential decline in the Company’s financial condition or results of operations may negatively impact the value of its securities. Prospective investors are urged to review the Company’s profile on Sedar.com and to carry out independent investigations in order to determine their interest in investing in the Company.

If you have any questions surrounding the content of this interview, please email info@investorintel.com.

Chris Thompson, CFA, MBA, P.Eng is the President & Director of Research at eResearch Corp. and a Sr. Editor and Director for InvestorIntel Corp. Chris ... <Read more about Chris Thompson>