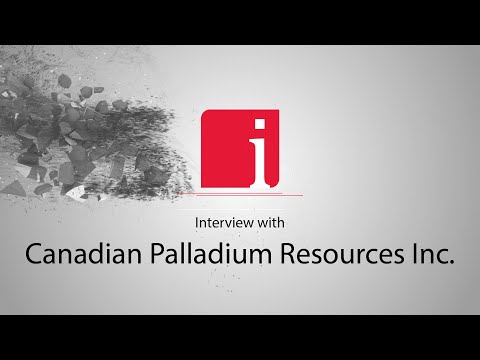 In an InvestorIntel interview during PDAC 2020, Peter Clausi secures an interview update with President & Director Wayne Tisdale on Canadian Palladium Resources Inc. (CSE: BULL | OTCQB: DCNNF), an exploration company focused on the acquisition and development of deposits of production grade metal which are critical components to current and future vehicle technology.

Wayne said, “When I first looked at it (palladium), I did some research and realized the shortage that was coming. It has hit an all-time high of over US$2,800/oz.” He continued by saying that even the coronavirus outbreak didn’t have much effect on palladium as the metal is still trading high.

Palladium is a vital metal for the 21st Century which many analysts agree will remain in a supply deficit for at least 7 years. Growth of the electric/hybrid vehicle market and strengthening global emissions regulations are both going to drive demand.

Canadian Palladium has announced drill results from its East Bull Palladium Property which has an inferred resource of 523,000 oz with potential target of 4 times the current resource. The company got financed itself in January this year with Mr. Eric Sprott also investing in the company.

The CSE on the Benefits of a Virtual #PDAC2021

In a recent InvestorIntel interview, Peter Clausi speaks with Barrington Miller of the Canadian Securities Exchange (CSE) about the upcoming […]