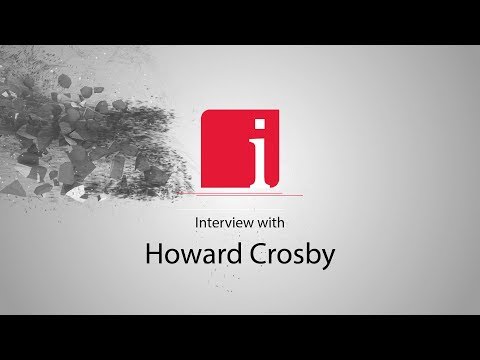 March 21, 2018 – “The Bunker Hill Mine was really the crown jewel of the Coeur d’Alene Mining District, historically produced continuously for over 90 years from 1885 to 1981. During that period of time the mine produced 36 million tons of ore from 26 different ore bodies…” states Howard Crosby, Vice President of Bunker Hill Mining Corp. (CSE: BNKR), in an interview with InvestorIntel’s Peter Clausi.

Howard Crosby: That is a good place to start, at least in the Idaho Silver Valley, the Silver Valley Belt in north Idaho and Shoshone County.

Peter Clausi: We are here with Bunker Hill, listed on the CSE. You are taking over an advanced deposit that was in production and bringing it back into production.

Howard Crosby: Right. The Bunker Hill Mine was really the crown jewel of the Coeur d’Alene Mining District, historically produced continuously for over 90 years from 1885 to 1981. During that period of time the mine produced 36 million tons of ore from 26 different ore bodies, 3½ million tons of lead.

Peter Clausi: Was that one big system or is it different systems?

Howard Crosby: It is a gigantic system. There is actually four different types of ore bodies that were mined in there, but we are going to be focused now in redeveloping the mine on some very high-grade wide mechanized mining zones that are high in zinc that also contain by product lead and silver.

Peter Clausi: What kind of infrastructure is available?

Howard Crosby: It is the most interesting infrastructure really of any mining project I have ever seen because it is located in the town of Kellogg, Idaho. You can drive to the portal of the mine in a Cadillac and never leave paved road. All the buildings, the mine offices and the workshop for machinery and everything is all intact. There is powerlines right to the mine. There is a workforce in town, a train, mining workforce and you are 500 meters off of Interstate 90.

Peter Clausi: How did you end up with the project?

Howard Crosby: We have signed a lease-purchase option from the underlying owner that acquired the property when the Bunker Hill Company went through a bankruptcy related to the catastrophe at the lead smelter back in the eighties. We have an iron clad lease-purchase option project at this point.

Peter Clausi: Okay. I do not understand lease-purchase option. What does that mean?

Howard Crosby: We are currently leasing the mine. We are making lease payments to the underlying owner and we have an ironclad option to acquire the mine for a purchase price of $25 million dollars that would be paid out over 10 years.

Peter Clausi: That is not bad.

Howard Crosby: The majority of the purchase price we expect would be paid out of cash flow

Peter Clausi: Out of production at the mine.

Peter Clausi: What is your timetable?

Howard Crosby: That is an interesting question Peter. There is a couple of answers to that.

Peter Clausi: There always are.

Howard Crosby: The short answer would be we are negotiating with some other mills in the area because the project currently does not have a mill on site. There are mills with excess capacity within 5 miles of the mine…to access the complete interview, click here

Industry experts Jack Lifton and Byron W. King talk about the coming economy based on gold and energy.