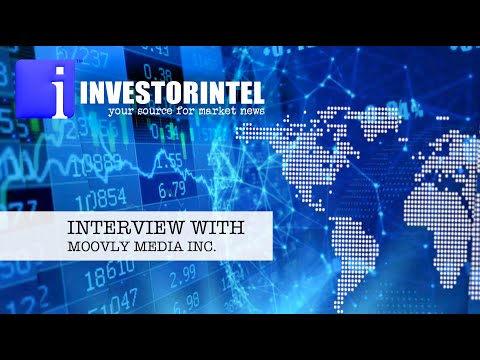 In this InvestorIntel interview, which may also be viewed on YouTube (click here to subscribe to the InvestorIntel Channel), Brendon went on to explain how the substantial increase in home/remote offices due to COVID-19 created an equally impressive demand for Moovly’s video media platform.

Touching on their competitive video tools which allows them to stand out from their competition, Brendon highlights their strategy for accelerating sales with small-to-medium businesses. He also explained the value of their partnerships and how this strategy has increased interest in Moovly overall.

To learn more about their recent capital raise, and to watch the full interview, click here

Moovly is the leading provider of creative cloud-based tools to create compelling marketing, communications and training videos and video presentations. Moovly’s advanced Studio Editor with millions of assets seamlessly integrated (via partnerships with Getty Images & Storyblocks) is all you need to create engaging video content to promote, communicate or explain your product, service or message. Moovly’s API and Automator technologies allow third parties to automate parts or all of the content creation process, including mass video customization, personalized videos (video version of mail merge), automatic content creation or updating by connecting data sources. With clients including users from over 300 of the Fortune 500, small businesses, freelancers and Ivy league universities, Moovly is an intuitive, cost-effective choice for DIY creation of engaging video-based content.