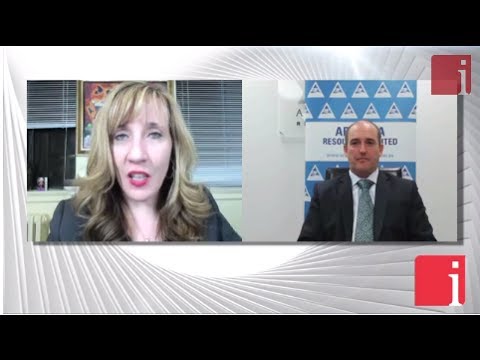 April 4, 2013 — Gavin Lockyer, Managing Director at Arafura Resources Limited (‘Arafura’, ASX: ARU) speaks to Tracy Weslosky, Editor-in-Chief and Publisher of InvestorIntel, about Arafura’s strategy to lower capital (CAPEX) and operating (OPEX) costs for its 100 per cent-owned Nolans Rare Earths Project in Australia’s Northern Territory. After making the initial announcement at the 2013 Technology Metals Summit in Toronto, Arafura withdrew from Whyalla (in South Australia) where it had intended to build a chemical processing and rare earth separation facility, signaling the launch of an ambitious cost saving strategy to improve the economics of the Project. Since the original announcement, Gavin said “we’ve managed to achieve AUD$ 500 million in CAPEX savings; we’re looking to further refine that but I guess the big winner really is our OPEX, which has allowed us to save AUD$ 4.80/kilo of REO, bringing it down to about AUD$ 15.60 which according to our Intel, probably puts us right in the middle of the cost curve in terms of producers inside and outside of China.”

There has been some contradictory information in the technology metals sector. Arafura has been working on test programs and flow-sheet development for the past seven years because of the uniqueness of the ore body. However, Gavin said that Arafura is “well on track now in terms of commercializing the resource; we announced our maiden Ore Reserve last year and the latest OPEX and CAPEX numbers only go to enhance the economic assessment.” Gavin also clarifies the fact that Arafura will be saving AUD$ 98 million per annum in OPEX “and that is over the life of the mine which is currently estimated at 22 years.” However, Gavin says that the resource extends beyond the current limits such that Arafura could be producing for much longer than originally estimated.

Arafura, meanwhile, is continuing to work closely with a Chinese partner, Shenghe Resources Holding, a Shanghai listed company, to develop a more international rare earths business. Shenghe owns and operates a rare earths mine in China, accounting for 4-5% of the Chinese production quota system.  Shenghe has been helping Arafura, along with other Chinese partners, to find ways to optimize the flow sheet in order to speed up the process leading to production. And as far as the crucial issue of production is concerned; Gavin said that the Company hopes to optimize the process thanks to the collaboration with Shenghe in 2014 by which a more definitive engineering study should be ready to present to potential financiers throughout 2015 and in order for construction to start in 2016. Shenghe is introducing Arafura to engineering firms in China, specialized in building rare earth plants. Their experience could help Arafura complete construction sooner than expected.

The other important benefit of having a partnership with Shenghe is that financiers “want to see offtake arrangements”. Gavin stresses that Arafura has not reached any actual offtake arrangement with Shenghe or any other Chinese buyer for the time being. However, Shenghe have been able to assist Arafura in being introduced to their existing offtakers and potentially supply them “with more products, as needed, outside the Chinese quota system.” Gavin feels the WTO ruling on Chinese rare earth export quotas may lead to China dismantling their export quota and tariff regime, and limiting production to meet only domestic demand. This may cause rare earth prices to increase in the short term as Chinese supply to Western customers is curtailed. Gavin adds “the discussions I’ve had suggest that Lynas and Molycorp, and ourselves would more than adequately feed the rest of the world, so all I can say is that these government bodies should cough up some money and help us get into production to help us resolve your supply situation.”

Disclaimer: Arafura Resources Limited is an advertorial member of InvestorIntel