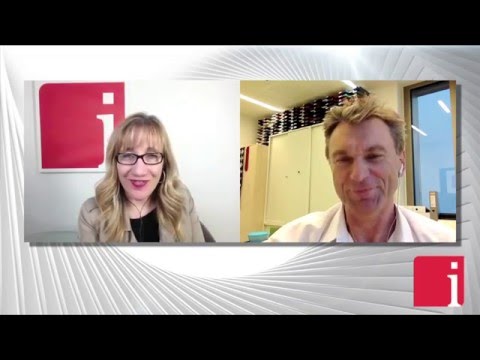 Aigner: how IntelGenX is forging ahead in fight against dementia

IntelGenX Technologies Corp. (TSXV: IGX | OTCQX: IGXT) is a pioneer in innovative drug delivery technologies addressing unmet medical and commercial needs. Established in 2003, the Montreal-based company develops innovations in pharmaceutical delivery based on its proprietary drug formulation technologies, VersaFilmTM, VersaTabTM, and AdVersaTM. The company’s goal is to be the first choice for oral solid dose innovation.

IntelGenX is now in the forefront of addressing rejuvenating the brain in the aged to combat degenerative disorders such as dementia and Alzheimer’s. A team recently demonstrated that the anti-asthmatic drug Montelukast structurally and functionally rejuvenates the aged brain.

May 11, 2016: InvestorIntel publisher Tracy Weslosky Interviews Ludwig Aigner, a member of IntelGenX’s Scientific Advisory Board. Dr Aigner has been working on spinal cord and brain rejuvenation over a 25-year period. He explains

Tracy Weslosky: It is a real pleasure to meet you. You’re an age rejuvenation specialist, a neuroscientist that’s recently joined IntelGenX’s scientific board. Can you tell us a little bit more about what you do?

Ludwig Aigner: Well, I’m a neuroscientist working since — 20-25 years on regeneration — brain regeneration, more lately focusing more on rejuvenation. So that goes beyond, let’s say, the last — you know, the attempts of the last decade where people just try to protect neurons from dying. Now we are looking at the aged brain because aging is the main risk factor for many of the diseases that we’re interested in, for example, dementia, Alzheimer’s dementia. We would like to go beyond just protecting neurons from dying, but we would really like to make the old — the aged brain — younger. In other words, really try to rejuvenate the aged brain with aim basically to finally also develop therapies for dementia, for Alzheimer’s and so on.

Tracy Weslosky: Okay. This is a very exciting industry. I’ll tell you my brain could use some work here. In particular you speak a lot about drug re-purposing, the drug delivery in drug repurposing. For some of our investors out there that may not be familiar with this, can you tell us a little bit more about what this means?

Ludwig Aigner: Well, drug repurposing is a very also, let’s say, innovative and very young way to come up with new drugs for certain diseases. New drugs meaning the new use for already known drugs. Now if you just look at the costs of drugs to be developed, any kind of completely new drug would cost, I mean, these days something like $2.6 billion for each single, for each individual drug. These are huge costs. Now if you are able to use a drug that has been already developed and used for a certain disease and you find that this drug might be also useful for another disease you just, you know, take this drug and develop it, sort of, for this new disease, for this new indication that you’re interested in. That’s kind of what repurposing is or repositioning it’s also called.  to access the full video, click here

Disclaimer: IntelGenX Technologies Corp. is an advertorial member of InvestorIntel.