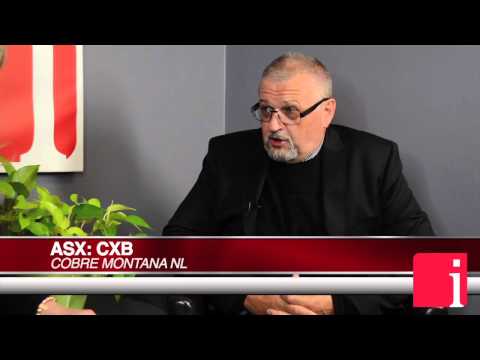 Adrian Griffin on the Rare Earth, Lithium and Graphite Market

Tracy Weslosky: Adrian, it’s a distinct pleasure to have you here. I mean, you’re an esteemed member of the board of directors for a number of companies. Let’s start with Northern Minerals because they have one of the best heavy rare earth deposits in the world. How did you get involved with Northern Minerals and tell me why you love this story.

Adrian Griffin: Northern Minerals, I got involved in, I think it was 2006. I was one of the founding directors, floated the company and effectively one of the vendors. There were a large number of assets there that we put together, initially as a uranium portfolio. As a uranium market fell we started looking at other things and found rare earths or those particular deposits.

Tracy Weslosky: Well, of course, are you responsible for bringing Professor Kingsnorth into Northern Minerals?

Adrian Griffin: No. I’m afraid I can’t lay claim to that one. It was a group decision.

Tracy Weslosky: Of course, you know, you have this xenotime. Can you tell me when you first realized you had such an incredible heavy rare earth deposit?

Adrian Griffin: Well, it was pretty interesting PNC Japanese found it I think it was about the 1970s and it was a small outcrop of xenotime. It was 20 or 30 meters long, a couple of meters tall and they published a resource on it. The resource that was published I think it was 48 tons, not of rare earths, of ore. They drilled underneath it and all the holes were blank. We stepped back, drilled a little bit further down and it just kept getting wider and wider and wider. That was only a few years ago. We’ve taken that project from first drill hole through to feasibility in only a few years so that’s quite an achievement.

Tracy Weslosky: Yes. This is one of the fastest moving rare earth stories in the world. Of course, what do you think about rare earth prices because you’re also an investor…where do you think they’re going? How’s it looking for 2015?

Adrian Griffin: The rare earth market has been a bit of a mixed bag from large to heavies and then all the political aspects that are associated with those things. A lot of it revolves around China of course. China are loosening their export policies, possibly allowing a little bit more onto the market, but as they do the market is expanding. In particular there’s going to be very high demand for heavy rare earths, applications such as wind turbines and electric vehicles. Electric vehicles are a really interesting market. Today we produce about 200,000 a year. By 2050 the world will be producing about 400 million.

Tracy Weslosky: Well, of course, that’s a great segue for perhaps how you got involved with lithium. Can you tell us a little bit more about your background and what you’re doing in the lithium market right now cause I’m also very bull on lithium.

Adrian Griffin: Look, I think lithium is a great opportunity. The opportunity that we have is a once in a lifetime opportunity. It comes about as a consequence of developing a processing technology for materials that people have previously considered to be waste…to access the complete interview, click here

Disclaimer: Adrian Griffin sits on the Board of Directors for Northern Minerals Limited which is an advertorial member of InvestorIntel.

“China supplies 85% of the rare earths to the world. The world is nervous not only because China has control […]

“Canada has a very good auto market and as it transitions from internal combustion vehicles to electric vehicles, the supply […]

“Appia is concentrating on the Alces Lake Project…It has world-class grades. We see grades up to 49-50% rare earths and […]