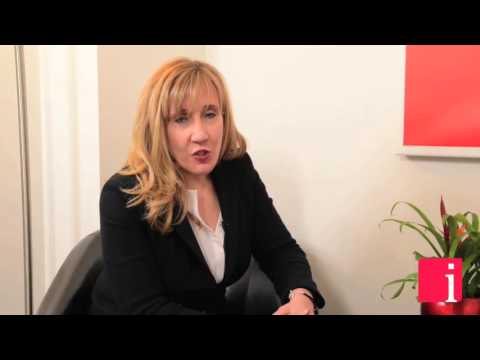 March 31, 2016 — In a special InvestorIntel interview, Publisher Tracy Weslosky speaks with Joseph Campbell, President, CEO & Director for TerraX Minerals Inc. (“TerraX” | TSXV: TXR) about being one of the six major high-grade gold camps in Canada. They also discuss how TerraX raised $5.2 million in challenging markets, management and how the TerraX project “resonated very well” with shareholder Osisko because of the style of geology.

Tracy Weslosky: Joe you picked up one of the six major high-grade gold camps in Canada and I’d like to know how TerraX managed to do this.

Joseph Campbell: Well, we had an opportunity to look at a company that had gone into bankruptcy and I asked for what assets they had and the core of this project was available in that sale. At the time it was a slow time in the gold industry and we picked it up for a very good price.

Tracy Weslosky: If it was that easy everybody would do that so I think that’s a bit of an understatement. Speaking of understatements, in the last year you’ve managed to raise $5.2 million in funding when nobody else could get anything from the well. What made TerraX so compelling that you managed to get people to write checks?

Joseph Campbell: Well, the project is one that has very high-grade so it attracts investment to it. We had developed a relationship with a company called Virginia Mines, who eventually merged with Osisko, and when Osisko saw this project it was one that resonated very well with them because it’s in the same style of geology as their previous deposits and so they were very interested in putting money into the project.

Tracy Weslosky: So Osisko is a shareholder, is that correct?

Joseph Campbell: They are. They hold about 17% of the company.

Tracy Weslosky: Can you tell me what — again, what makes this so compelling? I noticed that you just had drilling results to two recent announcements and they look quite fascinating to me. Can you tell us a little bit more about those?

Joseph Campbell: Well, we were in an area that we had sampled back in 2013. This was when we had first gotten the project and we had gotten some pretty good results on surface. There was about 7 gram material over 6 meters. It took us a couple of years to get into the area to drill it. The first hole we drilled was about 8½ meters of 13 grams so that was a good hit. We went underneath that hole and got 7½ at 23 so this was a very high-grade result, which is what we expect when we’re drilling in these deposits.

Tracy Weslosky: Of course we have always noticed that when we see funding happening and these kinds of drill results that as investors, we look at management. In your background for instance, you’ve taken companies from exploration to PEA to selling the company.

Joseph Campbell: I always tell people that my experience is in the backend of projects. I look at ore resources, major project management, bringing things into development. I’ve had a fair amount of career in open-pit and underground mining. I’m very comfortable with bringing a project along to the development stage…to access the complete interview, click here